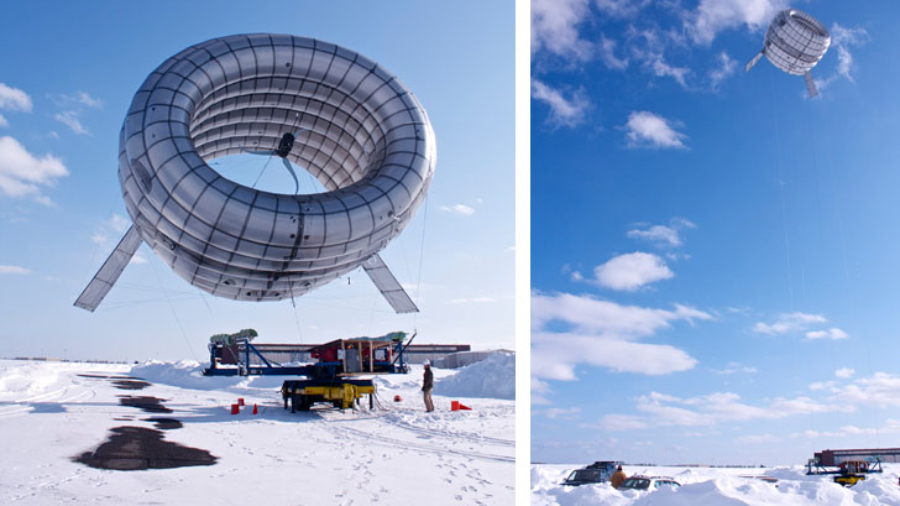 Wind energy has come along way in the last 15 years. Year on year turbines have been getting more efficient and reliable, however conventional design is now nearing it’s limits. Two companies Altaeros Energies  and google have recently presented some innovative new methods for collecting wind energy that could change the game when it comes to efficient wind power.

Conventional turbines have been getting bigger and are increasingly being deployed at sea to take advantage of better, more consistent winds. In addition to consistency wind at higher altitude is twice the speed and has up to eight times the power of wind used for large conventional wind turbines. Altearos Energies and google use different approaches to harness the power of wind at higher altitude. If successful these innovative developements could mean a huge change in the uses of wind power in the future.

The device pictured below is called the BAT  (Buoyent Airbourne Turbine) from Altaeros Energies . The floating turbine is basically a helium ballon containing a wind turbine. According to the company it is intended for use in remote areas and disaster sites. The BAT will be capable of powering 25 houses.

Google project Makani has a very innovative concept for energy production. It works like a kite with propellers that are turbines and the electricity is delivered via the kite string. They are surprisingly powerful they are currently working on a 600 KW system – enough power for 300 homes. Below is a video