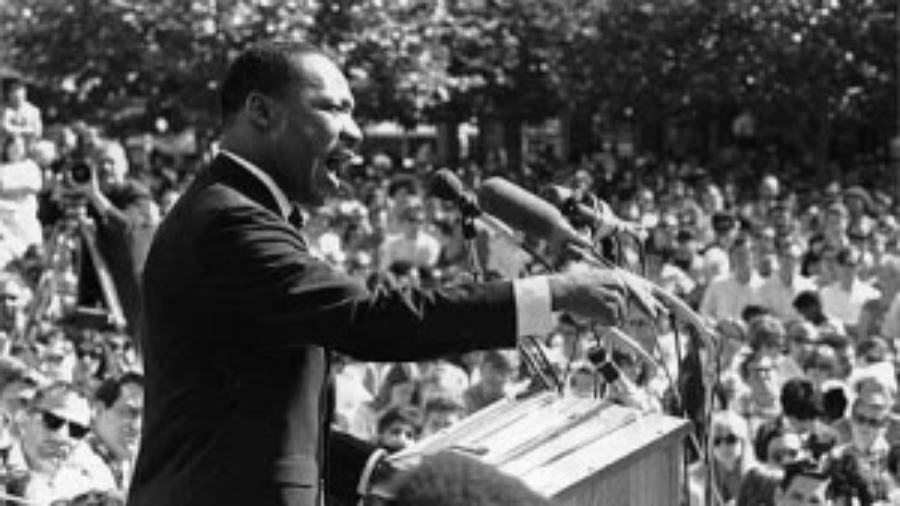 I have been listening to a podcast episode on Democracy Now where they played two speeches from Martin Luther King.

Nearly 48 years ago Martin Luther King (wikpedia page) delivered his optimistic and hopeful “I have a dream speech“. I’ve heard part of that speech before but never any others. The podcast played two other remarkable speeches from Martin Luther King. The speech “Beyond Vietnam” is still very relavant today. The second “I have been to the mountain top” is from a man who know his time on this earth is limited.

Exactly 1 year prior to his assasination he made a speech “Beyond Vietnam”
calling the U.S. government “the greatest purveyor of violence in the world today”. He also spoke about international aid “true compassion is more than flinging a coin to a beggar….it comes to see that an edifice which produces beggars needs restructuring”. It was slammed in the media and Time Magazine called the speech “Demagogic Slander that sounded like a script for Radio Hanoi” and time The Washington Post declared that King had “diminished his usefulness to his cause, his country, his people.”

“I Have Been to the Mountain Top”

In April 3, 1968 he made a speech called “I Have Been to the Mountain Top”. Towards the end of the speech he talks about the time he was stabbed and almost died. In hospital he received many letters of support and out of all the messages he received there was one that he’ll never forget. The excerpt below is from the end of that speech starting with that letter. In the speech he seems to foresee his own early death.
The next day he was shot dead.

Below is a quotation from that speech

Dear Dr. King,
I am a ninth-grade student at the White Plains High School.”

While it should not matter, I would like to mention that I’m a white girl. I read in the paper of your misfortune, and of your suffering. And I read that if you had sneezed, you would have died. And I’m simply writing you to say that I’m so happy that you didn’t sneeze.
And I want to say tonight — I want to say tonight that I too am happy that I didn’t sneeze. Because if I had sneezed, I wouldn’t have been around here in 1960, when students all over the South started sitting-in at lunch counters. And I knew that as they were sitting in, they were really standing up for the best in the American dream, and taking the whole nation back to those great wells of democracy which were dug deep by the Founding Fathers in the Declaration of Independence and the Constitution.

If I had sneezed, I wouldn’t have been around here in 1961, when we decided to take a ride for freedom and ended segregation in inter-state travel.

If I had sneezed — If I had sneezed I wouldn’t have been here in 1963, when the black people of Birmingham, Alabama, aroused the conscience of this nation, and brought into being the Civil Rights Bill.

If I had sneezed, I wouldn’t have had a chance later that year, in August, to try to tell America about a dream that I had had.

If I had sneezed, I wouldn’t have been down in Selma, Alabama, to see the great Movement there.

If I had sneezed, I wouldn’t have been in Memphis to see a community rally around those brothers and sisters who are suffering.

I’m so happy that I didn’t sneeze.
And they were telling me –. Now, it doesn’t matter, now. It really doesn’t matter what happens now. I left Atlanta this morning, and as we got started on the plane, there were six of us. The pilot said over the public address system, “We are sorry for the delay, but we have Dr. Martin Luther King on the plane. And to be sure that all of the bags were checked, and to be sure that nothing would be wrong with on the plane, we had to check out everything carefully. And we’ve had the plane protected and guarded all night.”

And then I got into Memphis. And some began to say the threats, or talk about the threats that were out. What would happen to me from some of our sick white brothers?

Well, I don’t know what will happen now. We’ve got some difficult days ahead. But it really doesn’t matter with me now, because I’ve been to the mountaintop.
And I don’t mind.

Like anybody, I would like to live a long life. Longevity has its place. But I’m not concerned about that now. I just want to do God’s will. And He’s allowed me to go up to the mountain. And I’ve looked over. And I’ve seen the Promised Land. I may not get there with you. But I want you to know tonight, that we, as a people, will get to the promised land!

And so I’m happy, tonight.

I’m not worried about anything.

I’m not fearing any man!

Mine eyes have seen the glory of the coming of the Lord!!

whole transcript can be found here