Last month I  wrote a post about what Bitcoin is and how it works and why it is important. I explained how the coins are mined and how nowadays mining Bitcoin is not something that I would  recommend. I also mentioned that I planned on buying Bitcoin and in this post I explain the challenges and what I learnt in the process. 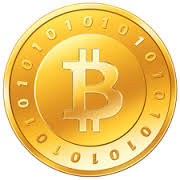 Most people who acquire Bitcoins nowadays do so by buying them through an exchange. Bitcoin can be traded in a number of exchanges around world. It is traded in a similar way to the way shares are traded on the stock markets. The exchange facilitates the trade between yourself and the individual selling the coin. According to the Bitcoin Wiki there are currently 93 Bitcoin exchanges. My first attempt  to purchase Bitcoin was through the exchange called MT Gox.

Mt Gox is the biggest Bitcoin exchange in the world.

Buying Bitcoins on an exchange takes the following steps

I almost bought some coins through MTGox but the problem was MTGox’s international bank is in Japan so I had to request my Australian bank to move my money with an international bank transfer which ANZ quoted me at $40- ouch! So it was time for a plan B.

Coinjar is a company based in Melbourne that is not actually an exchange but a broker and buys or sells bitcoin for you on any of the exchanges. The buy and sell price was very competitive and the website is very simple and straightforward.  Whats really cool about coinjar is that it makes it really easy to send coins to other people online. Coinjar will allow you to store all your coins online however I would like to keep them under my control and  store them locally (where you control them). To buy the coins first you have to deposit money into their account which you can do by walking into the NAB with a deposit form that you can print from the site (which is really clever and makes it easier). It was quite amusing actually becuause the teller at the NAB was very impressed with the rpinted form and said she had seen alot of money transacted into that account and asked me what it was.

In my next post I will attempt to move my money offline and explain how Bitcoin wallets work  and the different ways you can store your wallet including on paper.